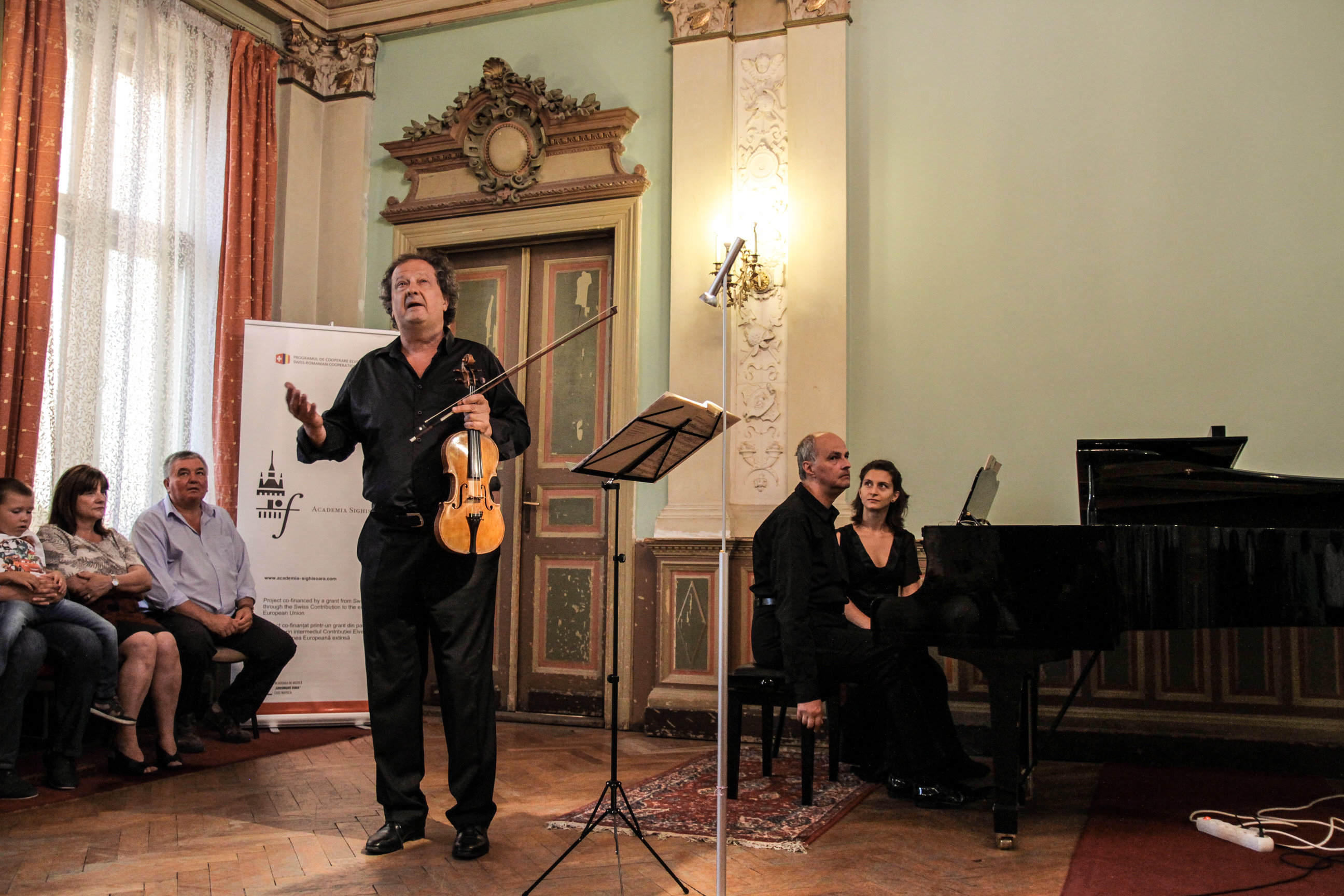 The 21st edition of the classical music summer academy, known as Academia Sighişoara debuted on the 1st of August, Friday evening at the Baroque Hall of the Sighişoara City Hall, with a gala concert that also marked the National day of Switzerland. At the opening concert the famous Romanian pianist Viniciu Moroianu, director of the festival and renowned Romanian/Swiss violinist Alexandru Gavrilovici performed together with the Arcadia Quartet from Cluj-Napoca (Ana Török, violin, Răsvan Dumitru, violin, Traian Boala, viola and Zsolt Török, cello) and the Archita Ensemble (Alexandru Gavrilovici, violin, Mioara Moroianu, violin, Vladimir Lakatos, viola and Stéphane Giampellegrini, cello).
Alexandru Gavrilovici explained the choice of the two pieces for the opening concert, (the First sonata for violin and piano by Arthur Honegger and the Octet for string ensemble in C major, Op. 7 by George Enescu): “For this opening evening, we chose the pieces by Honegger and Enescu - two emblematic composers representing Romania and Switzerland – in order to highlight a closer connection between the two, particularly bearing in mind that George Enescu’s last piece of execution was the First sonata by Arthur Honegger”.

Among those present at the gala event were Ioan-Dorin Dăneşan, the Mayor of Sighisoara, (a dedicated partner of the Academy), representatives of the Sighişoara Local Council, university professor Adrian Pop (representing the “Gheorghe Dima” Music Academy of Cluj), Irina Bejan and Marian Bojincă, representatives of the Dezvoltarea Societăţii Civile Foundation, and, not least, the numerous students and teachers of the Academy. The Academy of Sighişoara is happy to be sponsored by the Azomures Society from Targu-Mures, Hotel Sighisoara and the media partners Radio Romania Musical, 24 ore Muresene, Ştii TV, Radio Son Sighişoara, Făclia from Cluj, Radio Arthis Bruxelles, Tîrgumureşeanul.ro and Kronika şi Erdely Naplo.

In keeping with tradition, this years’ Sighişoara Academy debuts on the 1st of August to coincide with the national day of Switzerland. As of this year the event is co-organised by the Cultura Viva Sighişoara Association from Bern/Switzerland and the “Gheorghe Dima” Music Academy of Cluj-Napoca in partnership with the Sighişoara City Hall. The Academy of Sighişoara is financed through a grant from the Swiss contribution to the E.U. 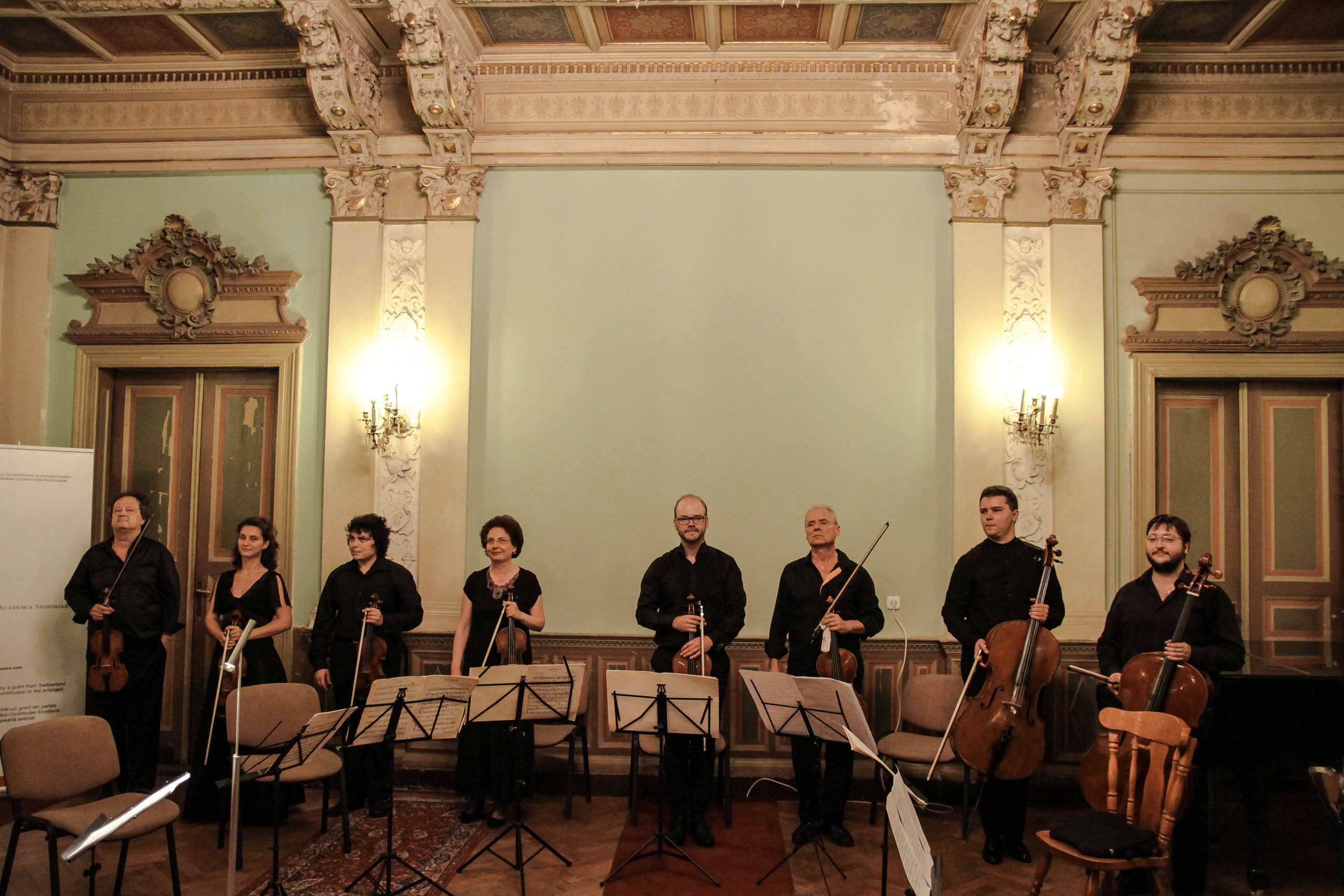