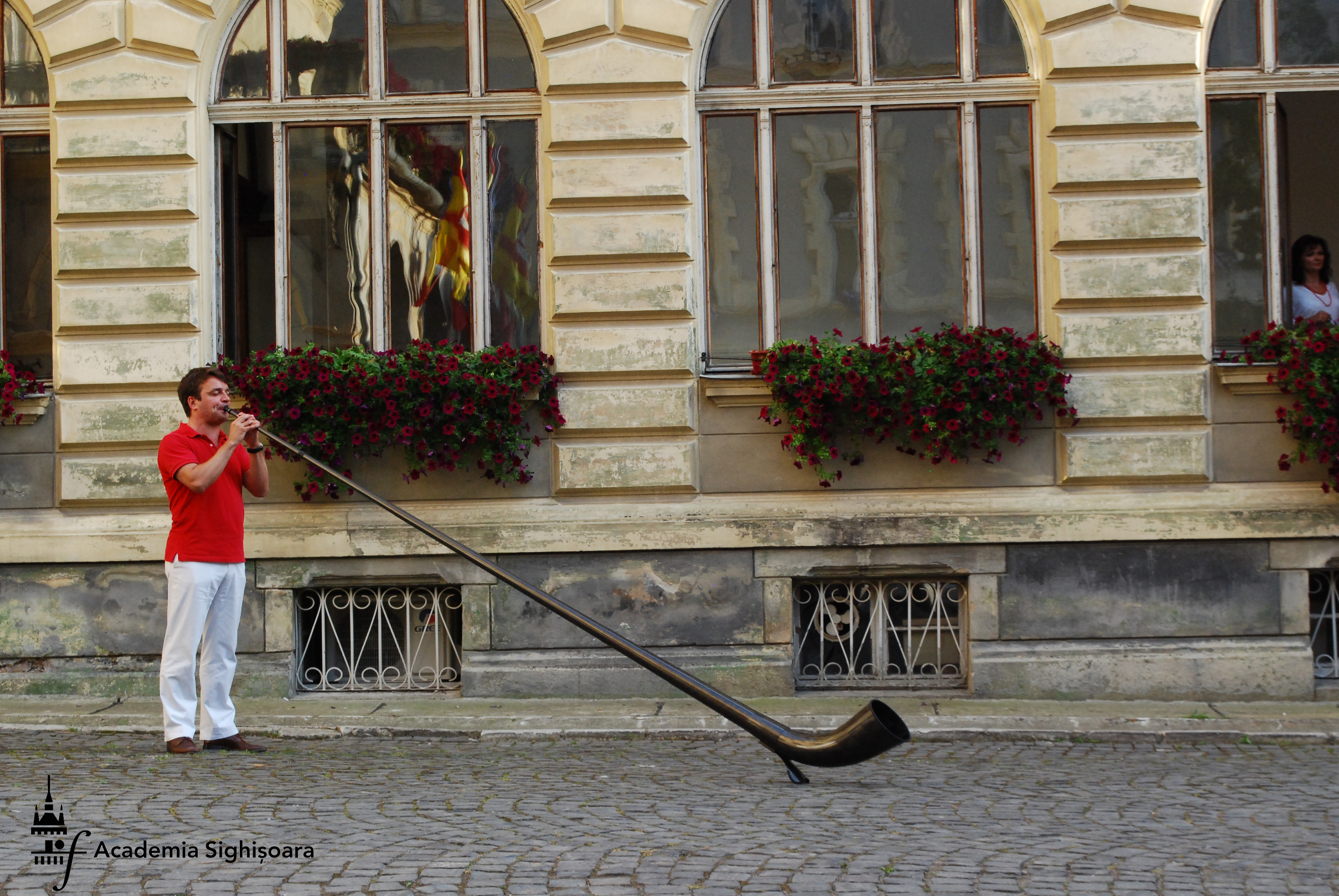 Academia Sighisoara traditional starts on the 1st of August, Switzerland's National Day. This years jubilee edition was honoured - beside many guests and friends -, by the presence of Jean-Hubert Lebet, The Ambassador of the Swiss Confederation in Romania.