A year ago I ran into Alexandru Gavrilovici, whom I hadn’t seen in decades, at a concert. We exchanged the usual questions about what we were up to, and I told him that I no longer performed as a cellist and instead was increasingly involved with my work as a teacher of the Alexander Technique. He seemed pleasantly surprised and quite interested by this information, but I gave that no further thought until he called me a few weeks later and asked whether I might be interested in giving an Alexander Technique course parallel to his master class in violin at the Academia Gheorghe Dima in Cluj, Romania. 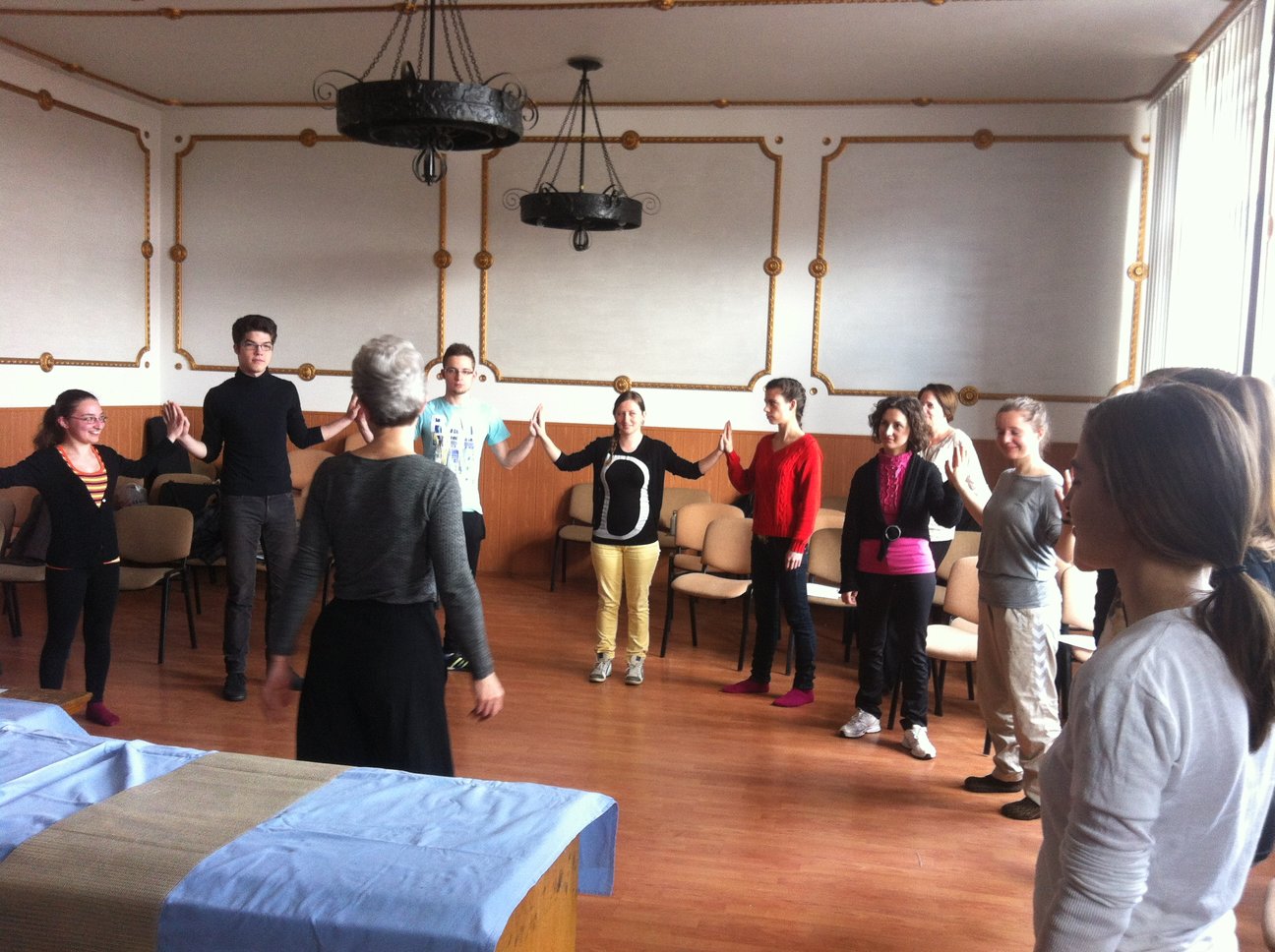 His aim was to awaken the students’ awareness of  the unconscious postural habits which affect instrumental playing, and not to simply correct obvious technical details. I was particularly delighted by his invitation, because introducing musicians to the Alexander Technique is an opportunity for me to combine both of my professions, and also because I have always been fascinated by that part of Europe. In addition, the fact that the Technique is practically unknown east of Budapest was an appealing aspect.

I made arrangements with the Director of the Academia for a three-day introductory course with 12-18 participants in April 2014 and prepared my teaching plan accordingly. A couple of weeks before I was to fly to Cluj, I received an e-mail from the Academia saying that registration for the course hadn’t been limited and 86 people, including 17 professors, had signed up for it! This caused me some consternation, and I considered 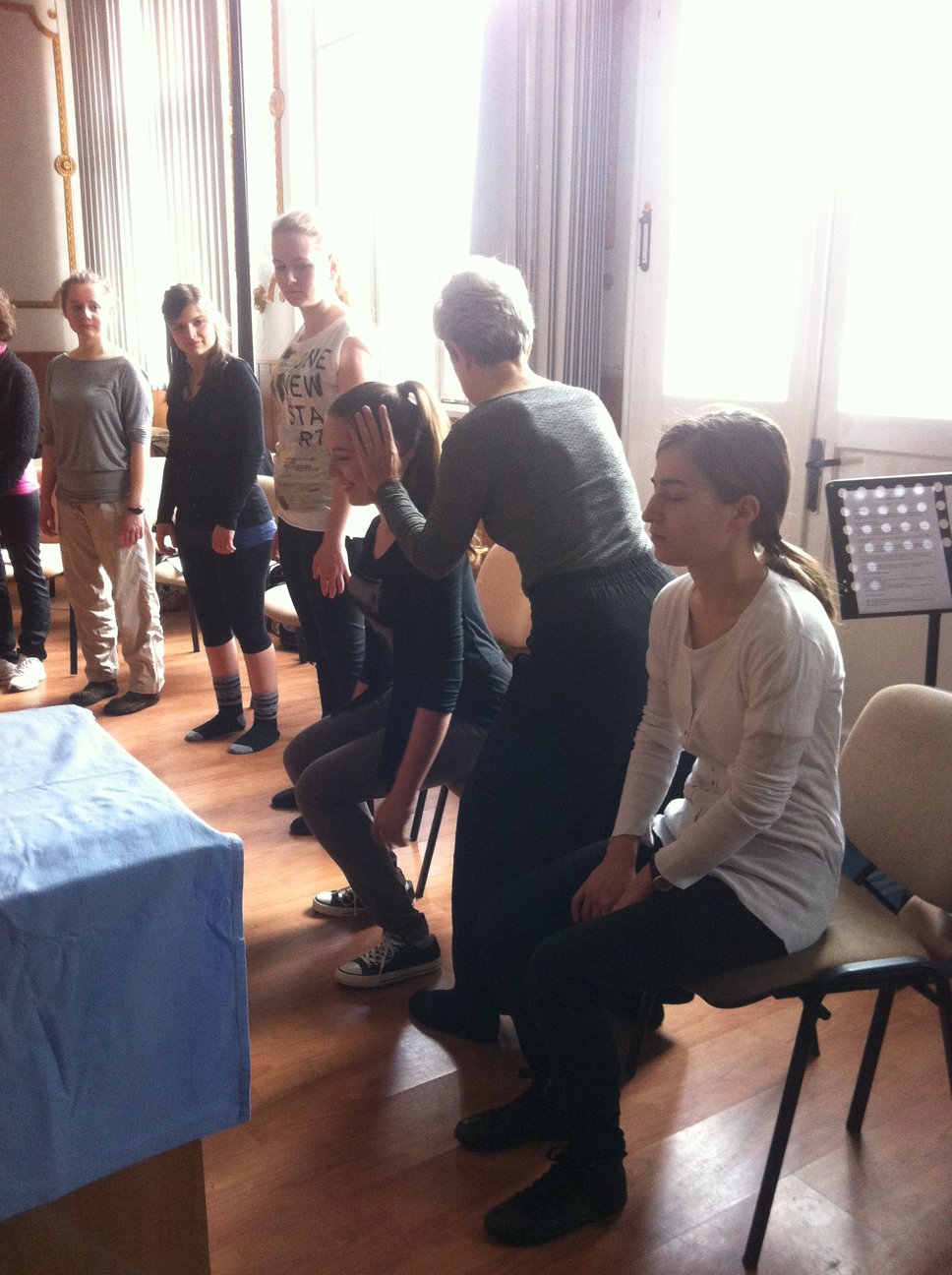 various more or less sensible scenarios for dealing with so much interest. It was clear to me that I couldn’t simply limit the number of participants and would have to find a way to accommodate this unexpected crush. Above all, I would have to overcome my aversion to group teaching of the Alexander Technique, which is normally a one-on-one situation, immediately!

In the end, I decided to give an introductory lecture and short demonstrations of classical Alexander Technique work at the chair and on the table, after which the participants were divided into groups by instrument in order to address specific instrumental concerns.  Despite time limitations, I worked with each participant individually for a few minutes, because I wanted very much for them all to have a direct experience of the Technique.

Reactions to the work surpassed all my expectations. Students and teachers alike were completely open to a different approach to playing and teaching, which impressed me very much. I felt that there was a real thirst for new ways of thinking about the challenges of musical performance. At the end of the course we had a round table  discussion, and I asked them to voice their thoughts about the Technique. There were comments like, „I think the Technique is a way of life;“ or „In my lesson, my piano teacher asked me what was up—I wasn’t raising my shoulders any more“. I was especially pleased with these remarks, because I hadn’t been certain that I had found an effective structure for this initial encounter.

Fortunately, it was possible to follow up on this pilot project after its „premiere“ in Cluj. Alexandru Gavrilovici invited me to teach a more traditional Alexander Technique course the following August at the Academia Sighisoara. I was able to give each pupil four lessons within one week. In addtion I offered an open session every morning for all who were interested; this included group activities and also the possibility of individual instrumental work. Thus, many of the Academia students and young artists were able to get a first impression of the Technique. 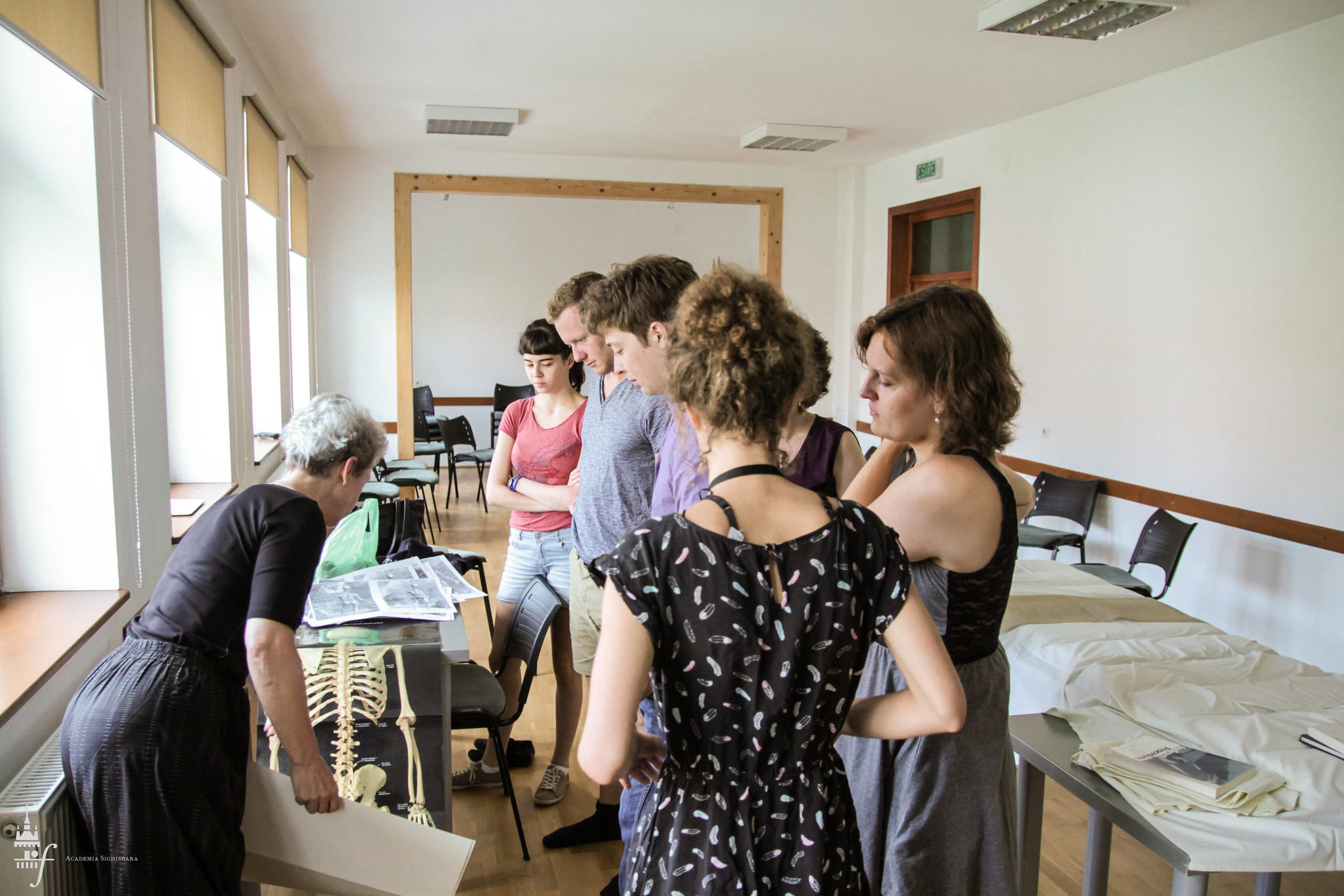 Thanks to these courses I once again experienced how strong the effects of the Alexander Technique can be in the performing arts. In addition, the enthusiasm of the students was truly upifting. Fortunately I’ll be continuing the courses in Cluj and Sighisoara in 2015, and the outlook for a sustainable future is also good: One of the participants is seriously interested in training to become a teacher of the Alexander Technique, thus providing local continuity and development.