From 1983 to 1993 Botond Kostyák was a member of several symphony orchestras. He has been living in France since 1993, becoming the double bass soloist of the National Orchestra of Lyon in 1993. Botond Kostyák has recorded for AEOLUS, DIVOX, ERNEN and other record labels, performed several concerts as a soloist in European countries and closely collaborated with great conductors such as Emmanuel Krivine, David Robertson and Leonard Slatkin. Botond Kostyák frequently performs with the Erato, Debussy and Beethoven quartets, and he is the founding member of the string bass quartet Mobile which won the Romanian Music Critic Prize in 1988. He has been active as professor in this field at the Musik-Akademie of Basel (Switzerland) since 2001 and at the Vienna Conservatory (Austria) since 2010 and performs master classes in Europe 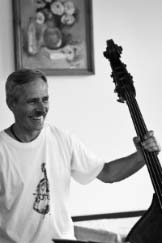